If you had a better understanding of each individual reader of your content, could you create better User Assistance? Could you personalize it for each user? If you knew their level of intelligence, or their attitude toward risk, could you optimize the information so they would be more likely to complete tasks successfully?

Research by quantitative social scientist David Stillwell has shown that computers can now predict our personalities and intelligence based on our Facebook activity. (1) In a report on the study, Stillwell stated:

“Researchers have found that, based on enough Facebook Likes, computers can judge your personality traits better than your friends, family and even your partner. Using a new algorithm, researchers have calculated the average number of Likes artificial intelligence (AI) needs to draw personality inferences about you as accurately as your partner or parents.”

These results provided self-reported personality scores for what are known in psychological practice as the ‘big five’ traits: openness, conscientiousness, extraversion, agreeableness, and neuroticism. This is called the OCEAN model.

“Through this, researchers could establish which Likes equated with higher levels of particular traits e.g. liking ‘Salvador Dali’ or ‘meditation’ showed a high degree of openness.”

They found a correlation between people’s interests and their personality types:

According to a report on the study by CNN, a person’s Facebook likes can also be used to predict their intelligence:

“Liking ”The Daily Show,“ ”science,“ ”Morgan Freeman’s Voice“ and the mysterious ”Curly Fries“ indicates someone is highly intelligent. Lower intelligence was suggested by likes for ”Clark Griswold,“ ”Harley-Davidson“ and ”Bret Michaels,” according to the study.

There are, of course, concerns around privacy and abuse of this type of knowledge. Data collected about people should only be used with their permission. This was the case with Stillwell’s study. As an alternative, you could let users self-select the profile they thought most closely matched them. They could choose themselves which version they wanted to see.

Can we use this knowledge?

Assuming you could gather the information ethically, could you do anything with it? You might be able to adapt your content to someone’s intelligence. For example, you could have different versions of our content for people at different reading ages. You might leave out more difficult information, or include more explanations. I am not aware of any studies that have looked at whether your personality affects how someone reacts to instructions. It might be possible to use this understanding when developing training content. For example, you could add more reassurance for the nervous. You could also provide more facts for the conscientious. If you had data on the topics users found useful, you might be able to see if there were a correlation. If you had data on the “Likes” for instructions and other Help topics, you might be able to compare this against their personality or intelligence; you could derive things from their Facebook groups, or by using the personality app Stillwell developed. Again, this is assuming you could gather that type of information ethically.

While this might seem far-fetched, we are seeing the growth of chatbots and other forms of Artificial Intelligence (AI) to provide end-user support. If we want these to work effectively, we may well need to make sure the AI’s “personality” complements the personality of the user. You can test the University of Cambridge’s Facebook and Twitter Prediction tool yourself:  https://applymagicsauce.com/demo.html 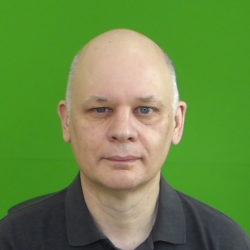 Follow me
Ellis Pratt
Ellis Pratt is a Director at Cherryleaf, a technical writing services and training company based near London. His role here includes teaching an advanced technical writing course. He has over 20 years of experience working in the field of documentation, has a BA in Business Studies, and is an Associate of the Institution of Engineering and Technology. Ellis is contributor to two books on technical communication. He is also on the management council for the Institute of Scientific and Technical Communicators (ISTC), the professional body for technical communicators in the UK.

Follow me
Latest posts by Ellis Pratt (see all)

How Startups Can Benefit From Early Investment in Professional Technical Writing

iiRDS You Can Touch: The New iiRDS Open Toolkit

The fast way from PDF to CDP

Will Artificial Intelligence fail to catch on because it costs too much?

How to keep cool while editing

Extended: Blog Carnival “Your best story on the subject of instructions for use”

A digital quest for conversation

The Path from Technical Writer to Information Manager

What Does the New Standard IEC/IEEE 82079 Tell Us about Intelligent Information?

Will AI make our information intelligent?

Automatic. Seamless. Good. What do machine translation and chocolate gifts have in common?

Now it’s official: an ISO committee is breaking itself apart

Don’t Just Say It – Have Conversations!